This weekend was, for Mariana, like the preceding weekends: at home, studying while I'm out doing something else. Fortunately, she was able to take Saturday morning off for some culture as the Museum of Contemporary Art was holding an exhibit for the 17th Biennial. 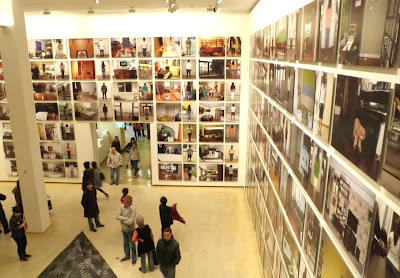 The exhibit had everything from photography, painting, bonsai, movies and sculptures. The wall of pictures in the entrance was made of pairs of pictures: one of people standing with their backs to the camera, and a home setting with a grenade planted somewhere. 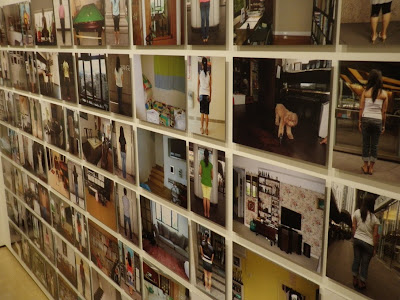 One of the movies we saw part of was about American Indians telling stories from their grandfathers about the tribal wars, and battles of the pioneers against the indians. That part was to be followed by Japanese talking about their past, but we had limited time and so moved on.

The rest of the expo was of all types of art, with widely varying styles and motifs, some quite grotesque and odd, others very appealing and modern. 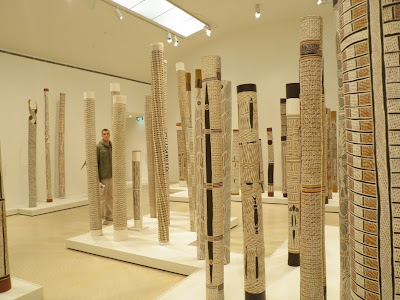 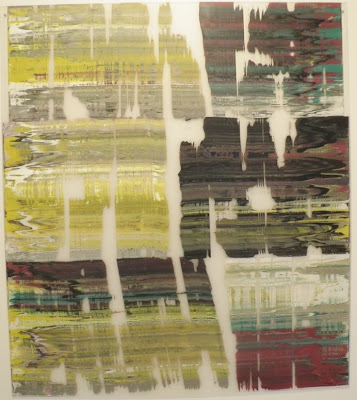 On Sunday, Mariana had to continue working all day, while I had signed up to be part of the Portuguese team for the Australiance World Championship. 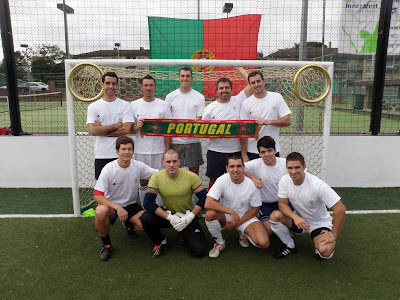 This event is a charity tournament organised to help with the funding of Football United, an organisation that gets refugee children together by playing football. 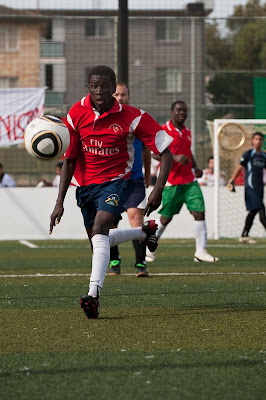 The turnout for the championship was 10 male teams and 6 female teams. The male tournament was made up of two groups of 5 teams, from which the top two of each group would go on to the semi-finals. The games were of 15min each, which made for very rushed and intense games. Our team ended up qualifying for the semi-finals by wining two matches and tieing the other two. We ended up losing 3-0 in the semi-finals with yours truly missing 3 opportunities. 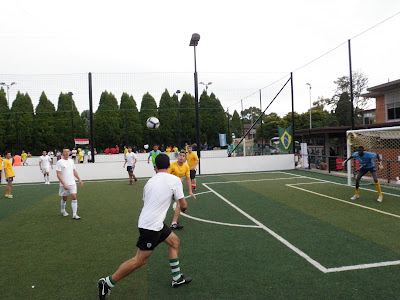 However, the balance was very good, as I ended up knowing a few more Portuguese living in Sydney, along with participating in a multicultural event, with teams from Egypt, Afganistan, France, and many more countries. 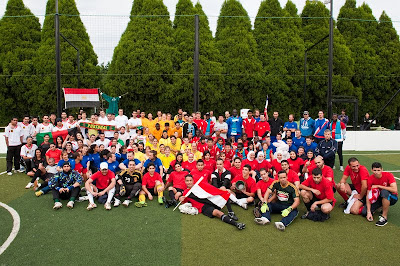