s expected and predicted by accuweather, Sunday woke up cloudy and rainy. What are people suppose to do in a rainy day when camping? well... I guess absolutely nothing, and that is the magic of it. We stayed at home (LOL) the whole morning, lasing out (expressão inventada para - Na Ronha). We made brunch at 11am and decided to go for a ride as soon as the sun came up. 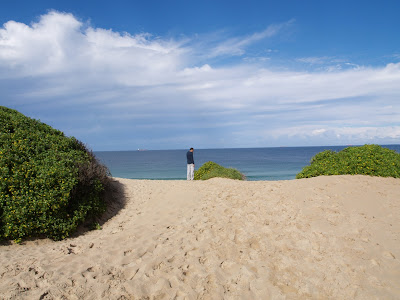 After realising no waves were going to be surfed, we headed to The Entrance in order to discover more Australian villages. We found a crowded village that seemed to be built with the purpose of entertaining kids. Slides, Merry-go-rounds, interactive lakes, ice-creams,... the odd thing about this was the fact that the kids were all Chinese and Indians. 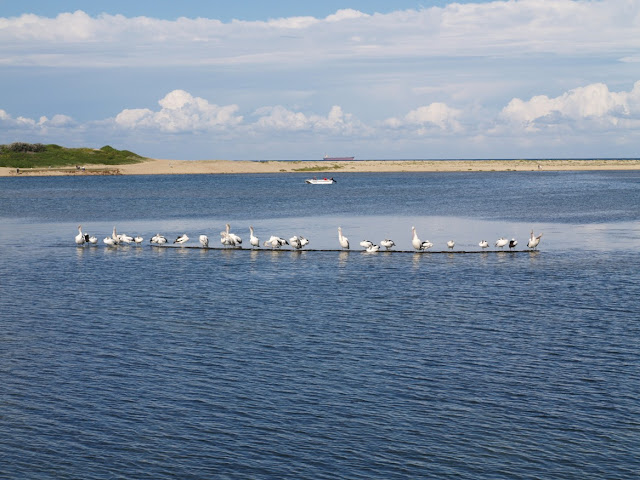 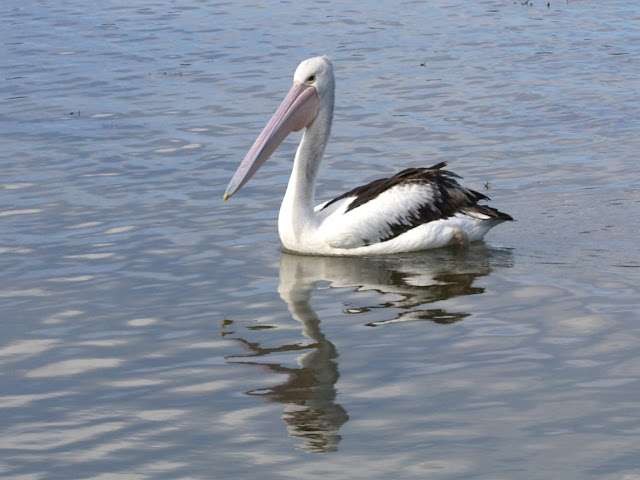 Not expected as we are a few kilometres away from major cities. We stayed there for a while, ate the worst hamburger ever and came back to toukley, to our deserted beach. 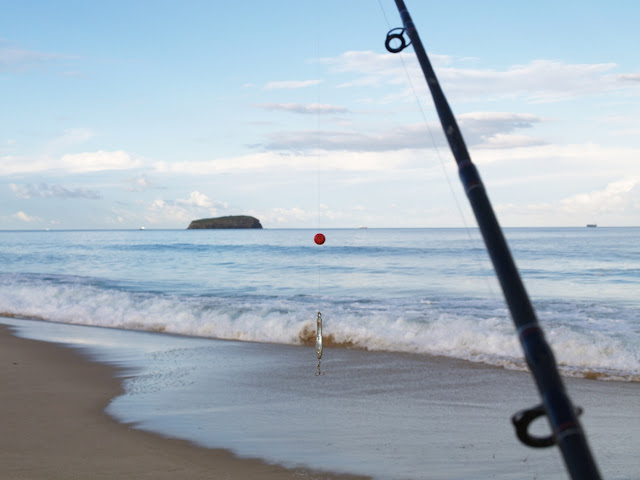 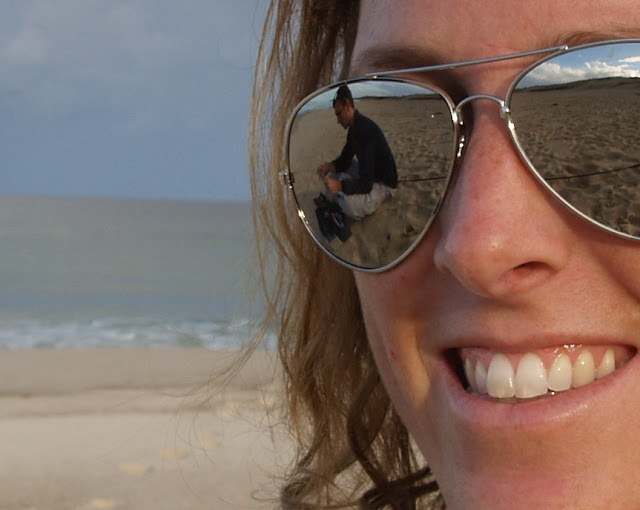 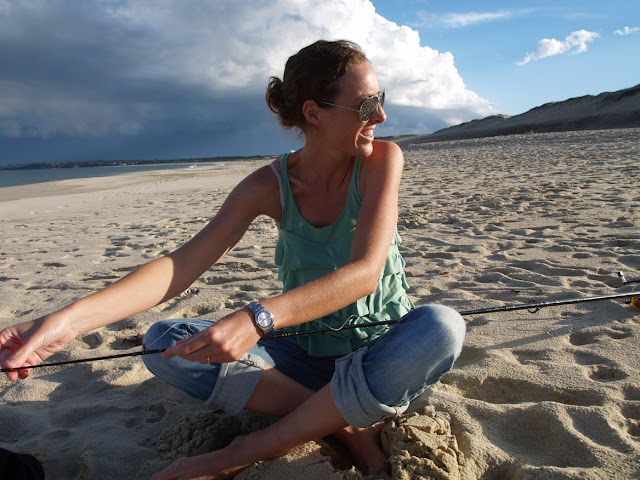 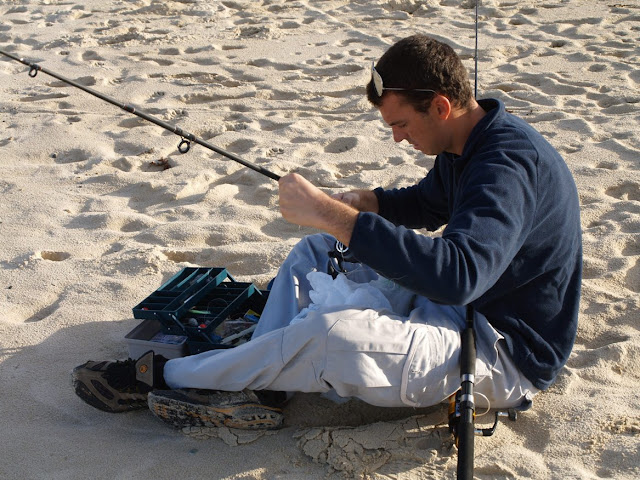 When arriving to the beach we made a huge and important decision, we were going to spend the next few hours fishing!!! 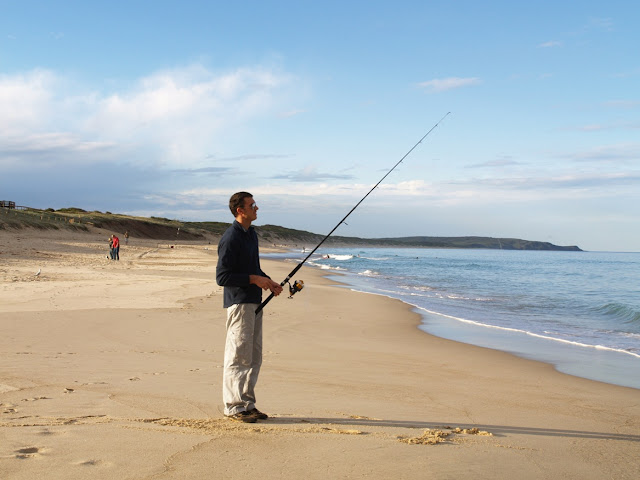 We have all the gear, offered by Becas and Rita before they left, and it was about time to give it a go! The sky was clear, the fishing rods were ready to be rigged and we where ecstatic! Pedro did the first part and I tried to copy, why I don't know, I just felt I couldn't do better than him. When everything was ready... (things never got really ready as we noticed we didn't have bait... but who cares) we cast the line together... mmmmmmmmmmm.... mine didn't go far, and Pedro's line just looked like a ball of yarn! 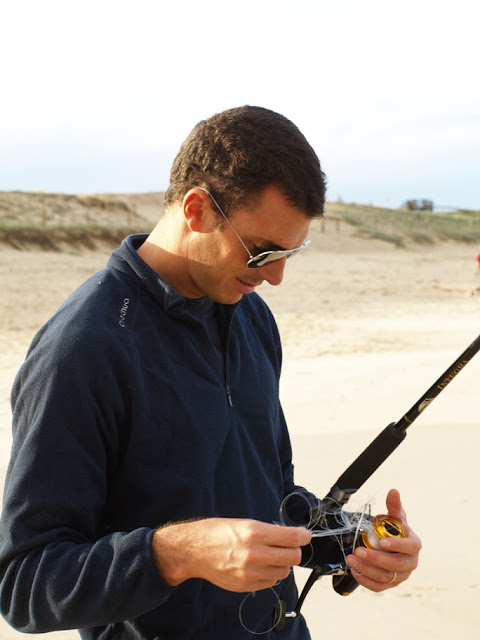 second try and SPLASH!!! No, our line wasn't on the water, we were drowning under an unexpected heavy rain!! we ran like crazy to the car, and NO fish was caught this time. However, it is an experience to be repeated! 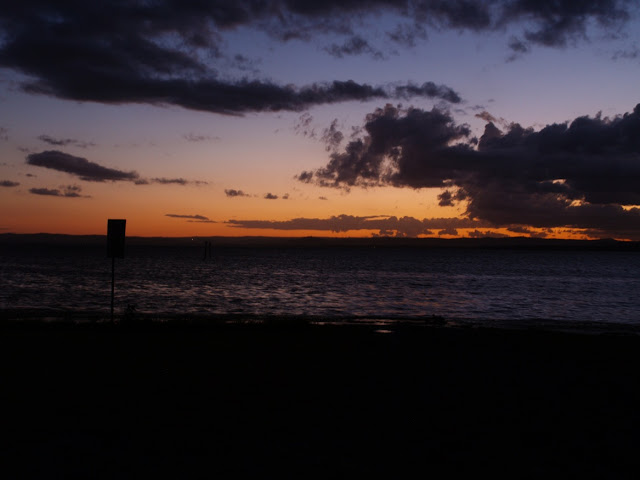 Hot shower, hot dish, warm clothes and we were ready for another good night sleep...
The truth is we never slept so much as we have been sleeping in this camping trip. The night falls early, and everything's so quiet and peaceful that deep sleep in inevitable. 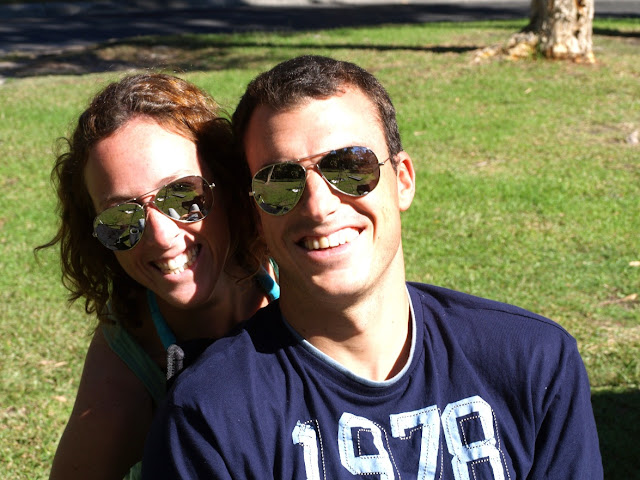 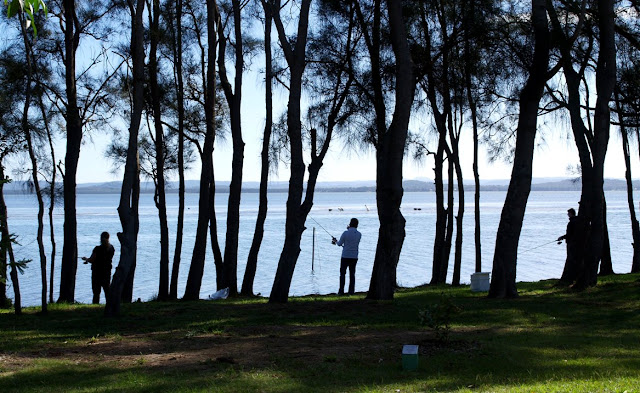 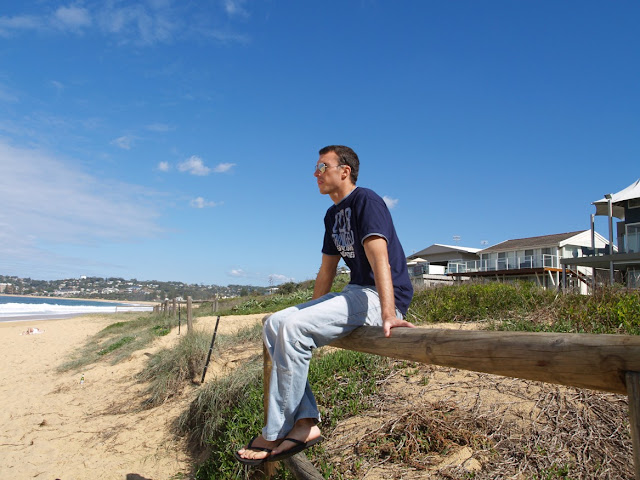 Monday it is the official ANZAC Day - Australia and New Zeland Army Corps. The real day is the 25th April, but as it was Sunday, they extend the festivities till Monday. In 1915 Australian and New Zealand soldiers formed part of the allied expedition that set out to capture the Gallipoli peninsula in order to open the Dardanelles to the allied navies. The ultimate objective was to capture Constantinople (now Istanbul in Turkey). Over 8,000 Australian soldiers had been killed and the campaign was a faillure, but the “ANZAC legend” became an important part of the identity of both nations, shaping the ways they viewed both their past and their future.
There are a lot of commemorations and no-one's allowed to work till 1.30pm. As such, after a long breakfast out in the sun, we started coming down towards Sydney. We did the whole coast from toukley to Avoca, having lunch at Terrigal. All beautiful villages over the sea, with lots of tall and blond Australians, where we definably would have a summer house if we could! 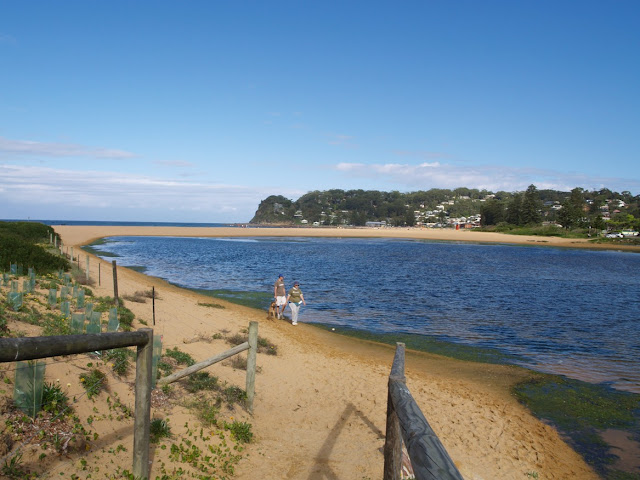 At 4pm we were at home, preparing ourselves for another week of work, and for me... preparing for the next one and a half month of study, with no breaks!