This weekend we did as planned and set off for North Durras. This time we took planning to the next step and had everything ready on the day before the trip, and at 5pm on Friday, we set off on our trip... after stopping at Woolworths, just to get some food we had forgotten. But then, we were ready, and just road was between us and North Durras, except... filling the van at the gas station. Ok, it was 6.30pm before we were finally under way, but the intention was there.
After that, it was just another 4h until we arrived at our destination, 280km away. Yes, this is no glitch, we DO travel for 4h for a weekend getaway. That's what you do in a country as large as Australia, where petrol costs 0.88€ a litre, and the tolls cost 3AUD.

Halfway through the trip, we did a pit-stop at Macdonalds for a quick dinner. We were surprised to find half of the surf trip entourage in the same Macdonalds, also for a quick pit-stop dinner. They told us another car with the party had just passed and was heading down. The Australian Cannonball was on, and we sped down in the campervan at a stunning 90km/h, and were the 3rd of 4 to arrive. Yay Vozzie! Of course, while the other parties fumbled with flashlights and tent parts in the dark, we quickly set up our bed and made ready for a good night's sleep. 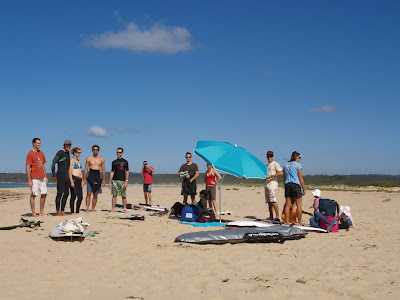 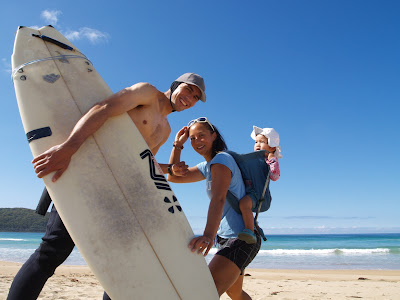 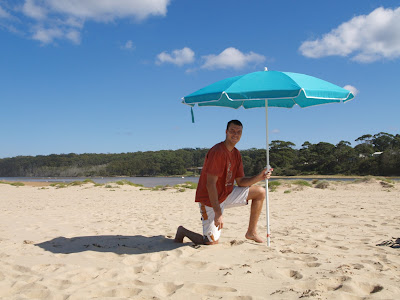 Next morning, after a quick breakfast, we headed down to a beach with at most 20 other people in a 4km stretch. With the waves to ourselves, we set ou to a monster 2.5h surf session. The waves weren't the best thing we'd ever seen, but how good is such a long session with just your mates in the water. 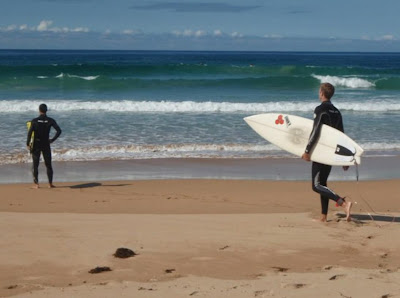 To top it all off, we were surprised by a pod of dolphins surfing the waves just a dozen meters away!The rest of the day was made of eating, having walks on the huge beach, taking in the views and the crystal clear waters, and talking with our friends. 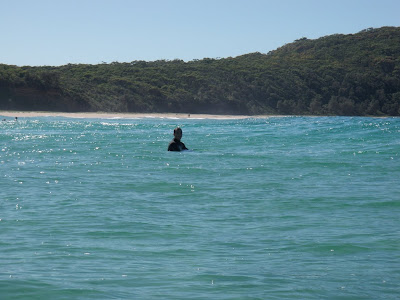 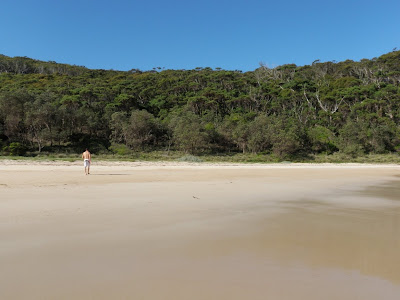 Before sundown, we set out to have a quick bath so we could set the fire and prepare our barbecue. On the way through the summer houses between the beach and the camping site, we came to behold an unbelievable site: tens of kangaroos grazing on the grass, perfectly comfortable with the closeness of humans. The group had kangaroos of every size, from babies still in the pouch to large 2m males. In our camping site dozens more lay about between the cabins feeding and hopping around. It came to us that this is probably why kangaroos pay no more attention to these animals than we (europeans) do to stray cats. Okay, I concede that beyond Skippy, there are not many pet kangaroos, but the point remains. 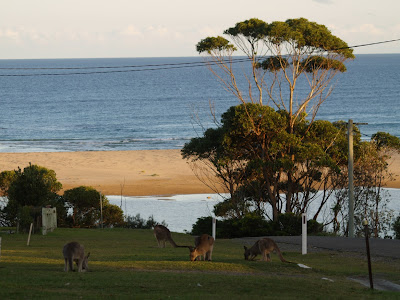 For the barbecue, 15 of us (2 Portuguese, 4 Swiss, 4 Australians, 3 French, 1 Polish and 1 from Reunion Islands) including two baby twins and a couple dozen possums took our turns cooking everything from hot potatos, boiled corn cobs, kanga bangas (Kangaroo sausages), hamburgers and a seriously delicious rump steak. While our meal progressed, we wondered at the amazing starry sky above us, wine and beer kept on flowing, conversation floated through all imaginable topics, and hours later, at 9h30pm, we were ready for bed! But not until someone remembered to break out the marshmallows to cook in the fire. By 11pm, we were in bed, exhausted, but very happy. 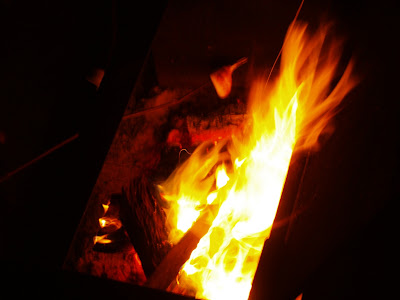 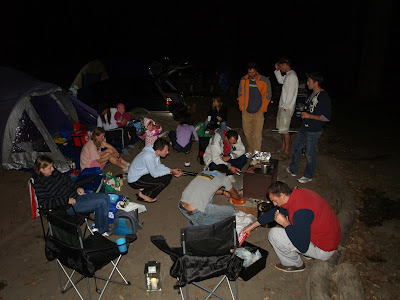 Next morning, we woke up early to set out to the beach for our last day in this wondrous place. 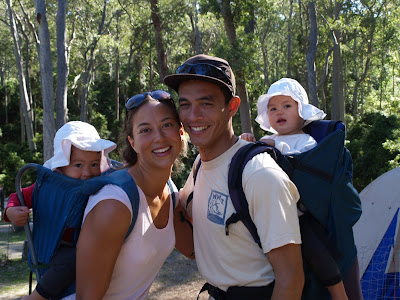 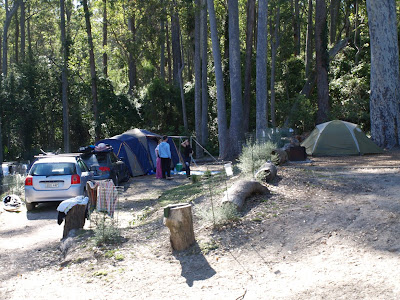 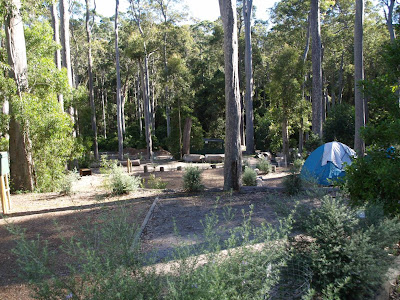 The day was equally sunny and warm, and before going for a surf, we stayed on the beach with Ahn-Dao and her baby twins playing around and getting to know them. Although the waves were not as good as the day before, we stayed out for 45min just 3 of us by ourselves, before the rest of the crew joined us. We ended up with another long walk, followed by a long nap on a part of the beach that was protected from the wind that had picked up. 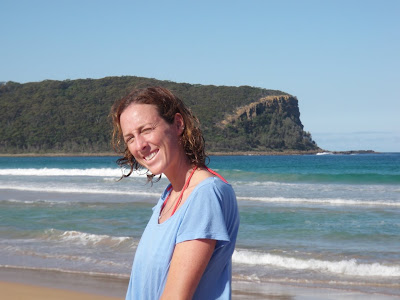 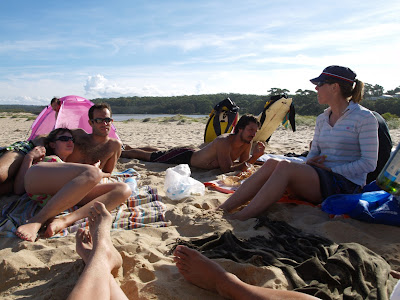 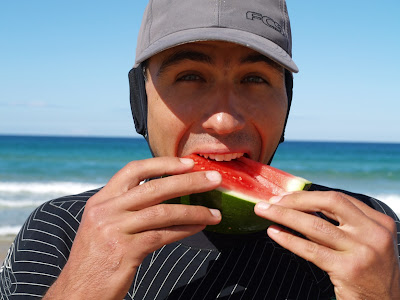 We all hung around, eating, talking, and playing with the children until it was getting late. At 4, we all decided to pack our things and head back to Sydney for another week of work and study. Slightly against her will, I had Mariana drive until sundown (50min), ensuring she remembers how to drive!
More will come next week, with the long weekend.
Posted by Voz at 21:34