Looks like hell, but it's not... Today we woke up in the middle of a Dust Storm!
This blanket of red dust shrouded most part of New South Wales during the whole morning. It was the largest dust storms on record, shrouding the Opera House with a choking powder, snarling traffic and forcing airlines to divert flights.This phenomenon shifted tonnes of earth from some of the worst drought-affected areas and turned it all over the city!
When Pedro woke up this morning, everything smelled like dust so, instead of working out with Wii, he opened the curtains (with Visibility reduced to a few metres), fiddled with the camera, and took some shots of our balcony! 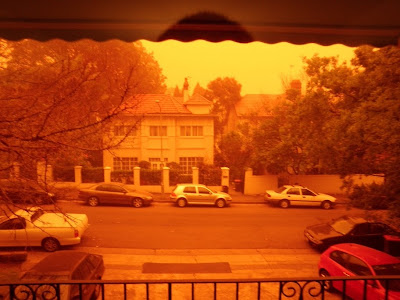 The city looked incredibly scary involved in red mist...
Later on I raised myself from bed to find that red dust had covered our floors, walls, sofas, sink, cutlery, plants, ... basically everything! After spending another few hours trying to make the house more habitable, I turned on the internet to see what this was all about!
Many people saw little birds falling dead out of the sky... the most drastic ones Thought it was Armageddon! Well... you hear everything nowadays!
I'll leave you some internet photos of Sydney, 23 September! 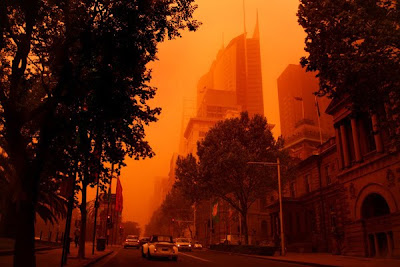 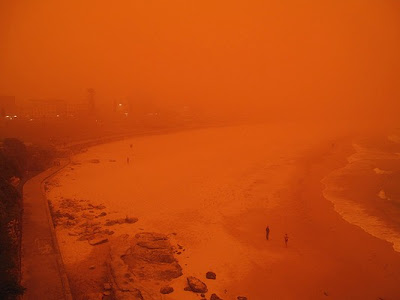 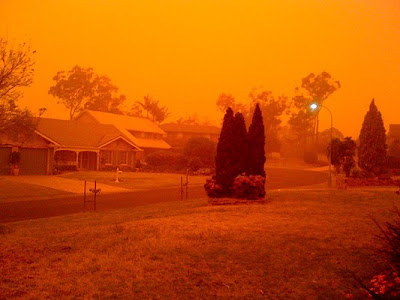 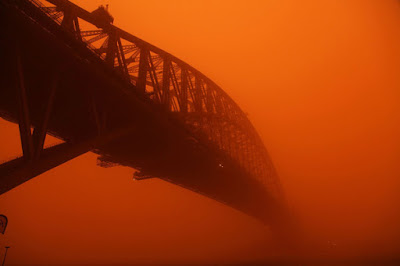 Nonetheless we are ok, with no health problems!
The dust started disappearing throughout the day, and wild winds took place. Despite the sunny day that now shows outside, there's no will of going outdoors!
Posted by MeRiaN at 14:31