Trip to the Outback

This last week I had another work engagement, my second trip on the new job.
I ended up flying a bit north to go scope up a site that we are thinking of buying off another developer.
I drove around for a couple of days with the developer, looking at the site and talking to landowners, and of course, taking pictures. 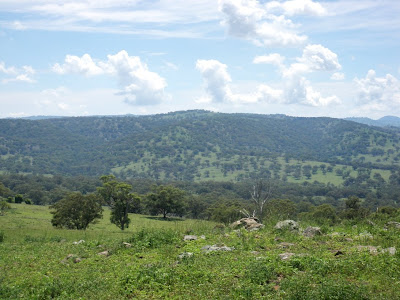 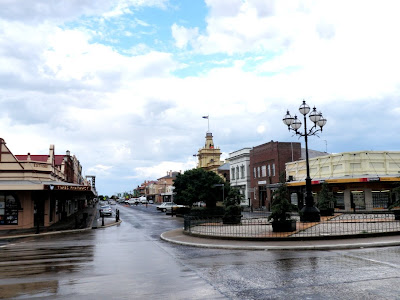 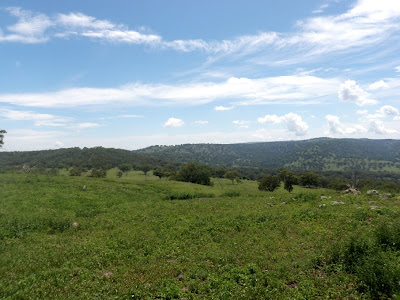 At the end of the third day, I had to drive down for four hours to the next site. Halfway down, a cyclone was coming south from Queensland, and had slowed to a tropical storm, which resulted in heavy rain and a few close thunders. 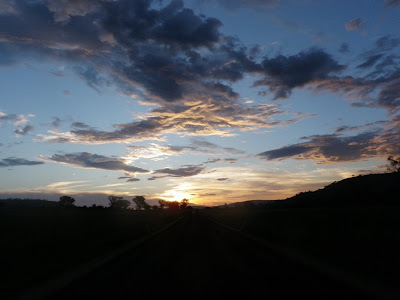 Throughout the four hours drive, the scenery kept on changing from rolling hills,with rain and thunder, to long stretching plains under the sun. 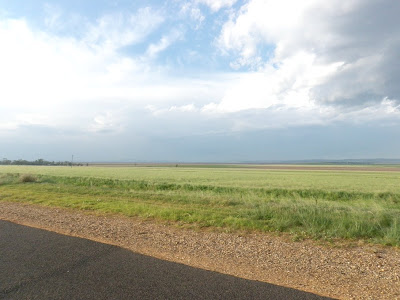 On the final stretch before reaching my destination, the GPS told me to veer off to a dirt road. Halfway through, I passed a sign saying "Only drive in dry weather". Great, how about the giant storm that I running from?!
The road ended up winding through a National Park, dimly lit with the dusk, and huge stretches with roads 2.5m wide with a speed limit of 100Km/h. 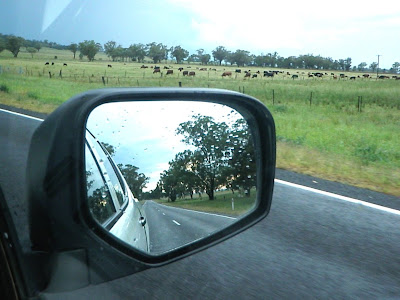 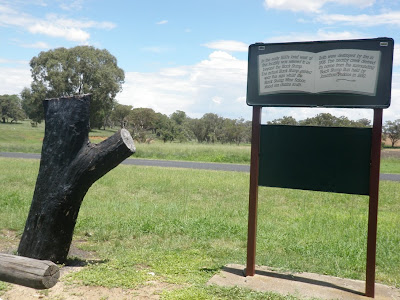 (This town's claim to fame is a black tree stump!) 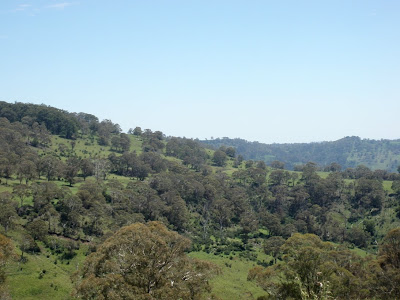 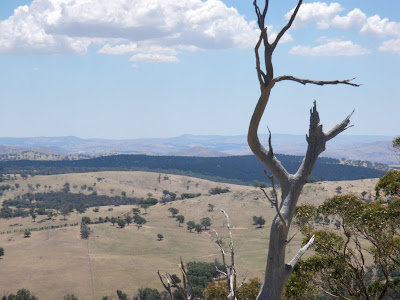 When it was time to come back to Sydney, I still had a change to do a typical "Vozone" or "oops moment", whichever you prefer. As the GPS once again sent me out to a dirt road, I noticed that my gas level was a bit low, but I was quite confident that it would get me to the next petrol station. At each passing minute, the road just got worst and less drived on. At a certain point, I was opening and closing gates surrounded by cows. By now I was getting a bit worried as the fuel was really running low, and the GPS decided it wanted to play a trick on me. As I drove through another gate, into a field with no track whatsoever, the road on the GOS disappeared completely. 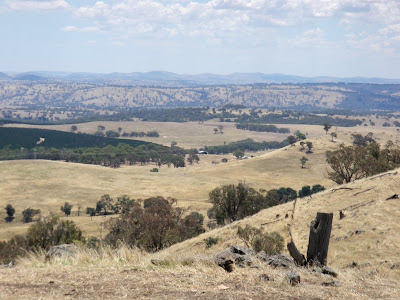 Perplexed, I turned the car around to try to find where I was, and sure enough, I found it. The catch was that it was sending me back from where I had come. By now my fuel was on the reserve, and I was in a pit of despair. No gas, no cell-phone coverage, and a storm coming up behind me!! As I came back to a house I had passed, I decided to try my luck and knock on the door. No-one there. So I decided to kick up the MacGuyver in me and I found a hose and a jerry-can, and got to sucking some diesel out of a tractor on this person's property. Don't worry, I left a note and $20 that more than paid for the gas. As I continued to follow the GPS, I came to a point where I had turned left, and this time it was sending me to the right. Turns out I was less than 5 minutes away from a tarred road! Stressful times! But I made it!
Posted by Voz at 11:47